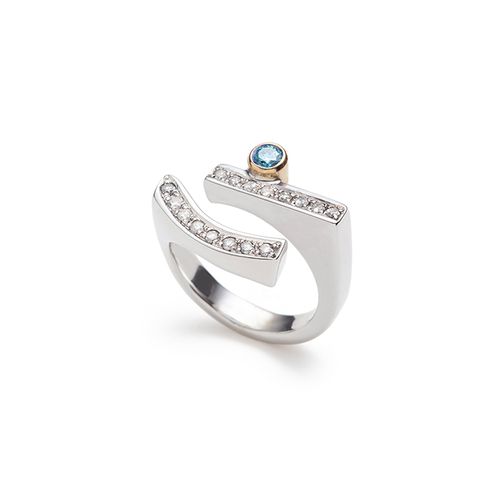 For custom creation and remodeling projects, you must now make an appointment with Dominic  450-818-0119.

I am pleased to offer free shipping anywhere in Canada for any purchase of $ 60 or more.
Back to blog

Introduction to the world of pearls

Freshwater pearls include all types of pearls found in river mussels or freshwater lake mussels. Some varieties of mussels can receive up to 60 pearl grafts at a time. These pearls vary between 1mm (seed pearls) and 30 mm for very large baroque pearls. Several forms of freshwater pearls are available on the market such as: round, semi-round, potato, button, semi-baroque, baroque, keshi, fireball, as well as certain forms grown using preformed cores such as pellets, hearts, stars or flowers. These pearls are found in white, cream to slightly silvery, to a wide variety of shades of pink, purplish and coral. China is by far the largest producer of freshwater pearls, although there is also production on a much smaller scale in Japan, the United States and Vietnam, among others.

Saltwater cultured pearls from the Akoya oyster Pinctada fucata martensii. These pearls are typically round, ranging from very pale pink to white, more or less pronounced shades of cream, and rarely bluish gray. On the market, we find mostly Akoya pearls between 6 and 8 mm although they exist between 4 and 9 mm and exceptionally up to 11 mm. Japan is the largest producer of Akoya pearls, but Hong Kong, South Korea, Vietnam and Sri Lanka also produce smaller quantities. The term "Japanese pearl" usually refers to this type of pearl.

In general, this term refers to all saltwater pearls produced in the region between the Philippines, Indonesia, Australia and French Polynesia. However, the pearls of the South Seas are mainly pearls from the oyster Pinctada maxima. You may also hear the expression Gold-lipped oyster or White-lipped oyster to describe this same mollusc. These pearls are usually large (between 8 and 19 mm) and vary in color from white to silvery white to gray and golden white to brilliant gold. The main producing countries are Burma and Australia.

Also known as black pearls, Tahitian pearls exist in a wide variety of natural colors, from very light gray (sometimes even white) to very dark gray, passing through a wide variety of colored highlights: green, golden, coppery, bluish, pink or purplish. These pearls are derived from the oyster Pinctada margaritifera and as the name suggests, are mainly found in French Polynesia. They are usually between 8 and 18 mm, but more frequently are between 9 and 12 mm. Although we are seeing Tahitian pearls on the market between 6 and 8 mm, these sizes are still rare and marginal.

The following explanations will help you understand the different factors influencing the value of pearls. It is important to know that there is no official international pearl gradation scale (as for diamonds, for example, so these classifications can vary from one producing country to another and from one gemologist to another.)

The luster of the pearl is undoubtedly the main criterion of quality on which to focus. It refers to its brilliance and how the pearl reflects light. Luster is usually graded according to the following scale: Exceptional (Metallic), Excellent, Very Good, Good, Medium and Low.

The surface of the pearl represents the outer layer of mother-of-pearl. The less imperfections on the surface of the pearl, the higher the value. Some imperfections are more acceptable than others, for example a ringed bead could still retain good value if the strapping is visually interesting. It is the same for some wrinkled baroque pearls. In another vein, imperfections such as scratches, cracks, marked discolorations, holes, growths or a highly stitched surface, could drastically lower the value of a pearl.

Although the perfectly round pearl is the most expensive, some other forms may also have significant value, like a symmetrically perfect pear, a fireball or a baroque with an interesting and unusual shape. "Potato" shaped pearls (neither round nor baroque, but in the form of a potato), buttons and oval pearls often have one of the best quality-price ratios in connection with the aesthetic aspect of the pearl. Baroque pearls are also a cheaper choice providing an interesting visual.
However, a pearl having a perfect and symmetrical sphere of equal quality will always be more expensive than another form.

The color of a pearl is subdivided into two categories; the basic color (of body) and the complementary color or colors. The basic color represents the predominant color of the pearl, so principal. Complementary colors define noticeable color shades besides the main color. For example, a white pearl may have pinkish, silvery, purplish, creamy or even greenish or bluish reflections.
Some colors will have greater value because of their rarity or if the demand of the moment is greater than the offer on the market. This is particularly the case for pistachio-colored Tahitian pearls or natural violet-colored freshwater pearls.

Usually the bigger the pearl, the higher the price. It depends on the variety and availability of a size depending on the variety. There are some exceptions, such as Tahitian pearls less than 8 mm (between 7 and 8 mm), which are less abundant and rarer on the market, and therefore are a little more expensive than pearls of 8 mm to 9 mm.

A nacre of 0.5mm and over is considered reasonable for an Akoya, while Tahitian and South Sea pearls should have a mother-of-pearl or nacre of at least 1mm.

A row or pair of pearls perfectly arranged in terms of size, shape, color, luster and surface quality will always be more valuable. This is especially the case with pearls of a special color or quality that are difficult to arrange. This criterion also applies to the row of multicolored or very baroque pearls which must nevertheless have a kinship in form, size, color or luster.

As a general rule, saltwater pearls are more expensive than freshwater pearls because of their mode of production. In saltwater, pearls are grown in oysters, where only one or two grafts are placed at a time. In freshwater, we use mussels, which are larger and stronger mollusks that can support up to a maximum of 60 pearls at a time.

The pearls can undergo several treatments that will have little to no influence on the price. A slight whitening of white pearls is very common and will not damage the luster if done in moderation. But if the bleaching is too strong, it will result in a pearl of a matte white that is unsightly. Light polishing in large churns with pieces of cork is also common practice for all types of pearls after harvest. Some scratches or slight surface defects could also be erased by a slightly more aggressive polishing.

Treatments that have a greater impact on the visual of the pearl include dyeing and irradiation. Both are intended to significantly alter the color of the pearl. Irradiation is mainly used on freshwater pearls since they contain isolated manganese atoms and are the only ones to react when exposed to Gamma rays. With this treatment, we can obtain gray pearls or dark pearls (peacock) with different bluish, purplish or green reflections. It is also possible, on a smaller scale, to perform this treatment on Akoya pearls since their core is composed of freshwater mother-of-pearl and their outer layer of mother-of-pearl is thin enough to reveal the color of the nucleus in transparency. We can therefore obtain pale gray pearls.

A tinted or irradiated pearl will not be worth less than it was worth before being treated, and sometimes even a little more due to the work done. But beware of dark freshwater pearls that are sold as Tahitian pearls for a higher price, and of pearls that are dyed gold to imitate South Sea pearls of a higher value.

Receive our special offers and invitations to our events.